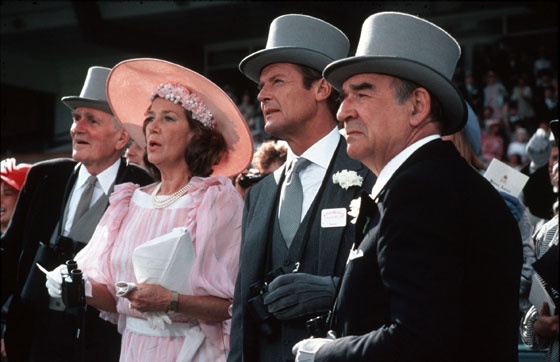 The most disagreement off my list — the movie that the most readers argued should have been included — was 1985’s “A View to a Kill,” the seventh and final Bond adventure featuring Roger Moore as 007. This did not surprise me at all. “A View to a Kill” is routinely ranked around or at the absolute bottom of every other list of the worst Bond films. It’s been that way for decades.

I’m probably a bit biased, seeing as Roger Moore is my favourite Bond, but I agree that A View to a Kill doesn’t deserve to be at the bottom of the list of Bond films.

I don’t see Moore’s age as being much of an issue here 1, nor do I find it too far fetched, which many argue Moore’s later films tend to be.

The film has two of the most memorable villains in the series in Zorin and Mayday. It has some great action sequences, (snowboarding, parachuting off the Eiffel Tower, a car getting cut in half, a fire truck chase, a blimp exploding above the Golden Gate Bridge. Am I missing anything?). It even has the whole MI6 gang at the races.

There’s a lot to love in this film.