Back in 2009, Gameloft released a first person shooter game on iOS called “N.O.V.A. Near Orbit Vanguard Alliance”. This was as close as you could get to Halo on mobile, and for it’s time 1 it was a huge achievement in mobile gaming. It had an in depth story set across multiple maps, different weapons and enemies as well as local and online multiplayer. 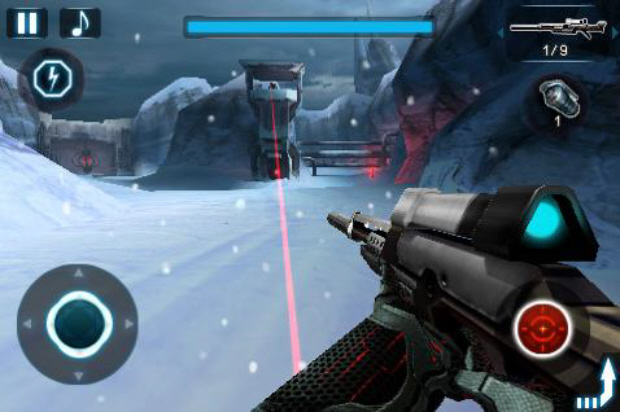 Avoiding snipers in "The Mirror, The Ghost and The Gambit"

Gameloft followed up with two sequels for NOVA, as well as producing another great first person series alongside it, Modern Combat, which is more of a Call of Duty clone.

Gameloft have now announced that they are releasing a remastered version of the original NOVA game, which will be free to play. This has sparked a debate over on AppSpy about the value in re-releasing mobile games.

The question all of this raises is an interesting one is this really something we want to see on the App Store? Not just NOVA, but the whole concept of older games getting new leases of life. And I guess there are two standpoints.

On the one hand the App Store is a flighty and changeable place. We’ve seen games disappear without trace, and thanks to Apple’s constant upgrading of iOS, there’s little chance that we’re ever going to get to play those games again.

From that point of view, it’s good to see developers going back to games and refreshing them for a new era. Especially the likes of NOVA, which in its time was a resource-heavy AAA production, but now looks a little bit on the wonky side.

But on the flip side of that, is this just another example of the creative malaise that’s sweeping through gaming as a whole. It’s not just another dude shooter, it’s a dude shooter that we’ve all already shot a whole bunch of dudes in before.

To a certain extent I agree with this standpoint. I don’t see much value in re-releasing games that were only released a few years ago on iOS. What has worked really well, and I hope to see more of, is when console games get ported to mobile. Rockstar Games are making this biggest success of this with their release of some console classics, most notably the Grand Theft Auto series.

I think that’s where these kind of remasters make most sense - bringing them to mobile for the first time. Having said that, I can’t but be happy to see an App Store classic like NOVA being re-released in all its glory.