You have to hand it to Apple. This has been their best year yet - by a comfortable margin - when it comes to keeping leaks to a minimum. Previous years, we have basically known each and every new feature of iOS with maybe one or two reasonably big surprises. It’s testament to the MacStories team (and Apple) that their concept video of iOS 11 on iPad has proved to be the most accurate pre-WWDC article regarding iOS 11.

Control Center has finally got the update that we’ve all been waiting for: customization. For me, this is the biggest change that iOS 11 will bring to iPhone; in what is clearly an iPad focused update. 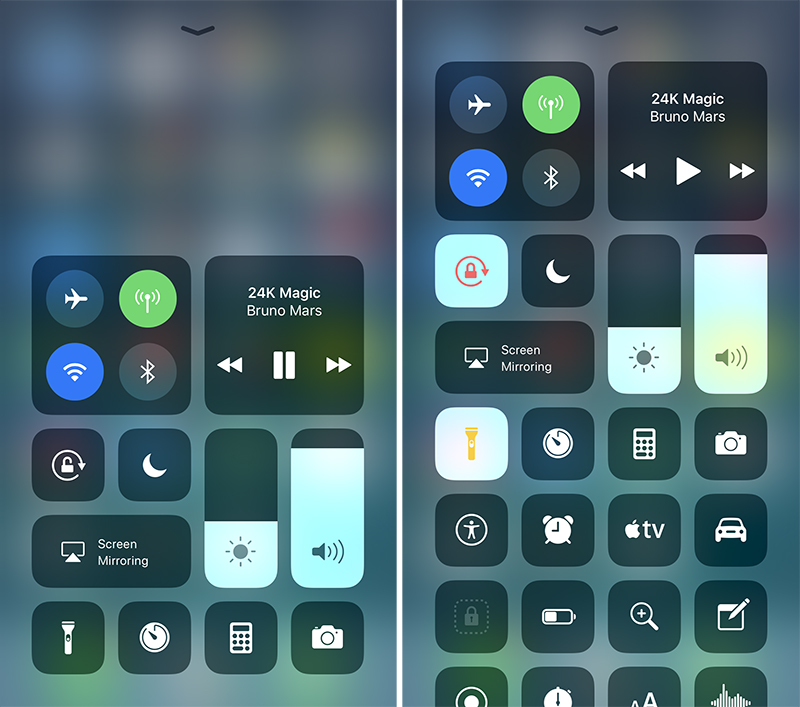 Control Center has been crying out for an update like this since it was introduced in iOS 7 and I’m glad to see it here. The jury is still out on the design, but I’m sure it’s only a matter of getting used to it. Plus - there’s more than likely going to be a few revisions of this over the summer in the beta run.

Another change of note is a new “Do Not Disturb While Driving” mode which operates similarly to the current Do Not Disturb mode by silencing notifications and keeping the screen from waking, but also can send a message automatically to someone to let them know you can’t reply right now, and uses Bluetooth and Wi-Fi to detect when you are driving.

Add in some design changes to apps, most notably the App Store, Minor Siri improvements and Photos enhancements, and you have a relatively small feature update to iPhone.

The real winner this year is iPad, thanks to three main features: Files, Dock and Drag & Drop. 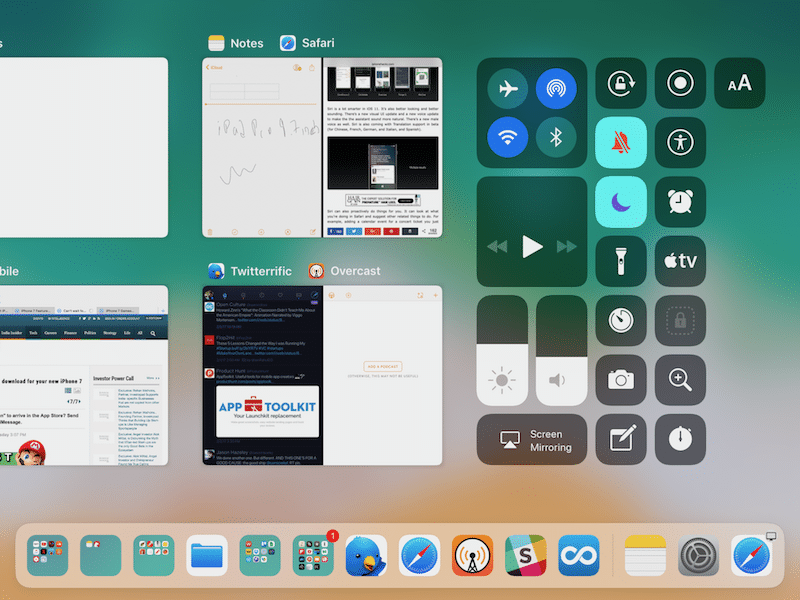 This works similar to the dock on macOS. Apps and folders can be added in any order, and interestingly don’t show their names once in the dock. A swipe up from any screen reveals the dock, where you can quickly jump between apps in an instant, not unlike alt-tab/command-tab. Drag an app from the dock and it will allow you to use it in its own window, or drag further to snap to either side of the screen.

Drag up further from the dock to enter the new multitasking screen, which bears a strong resemblance to Mission Control on macOS. Apps can be grouped together and selected from this screen, similar to Spaces on macOS (noticing a theme here?). Control Center is also accessible from this screen.

You might laugh when you see that one of the biggest changes that people are talking about with iOS 11 is the addition of a file system, but the situation with files on iOS prior to this was so bad that deserves every bit of the spotlight as all of the other new features. The new “Files” app works just as you’d expect it to. Files can be managed into folders, can be tagged, moved and organized any way that you want. Cloud services such as Dropbox can also be accessed here just like on a PC or Mac.

Drag and Drop again works just as you would expect. You can now drag links, text, photos and videos and drop them into another application. What used to be an awkward - sometimes impossible task - on iOS, is now even more natural than what we have been using all this time on our computers.

The year of iPad

It’s interesting that the majority of the big features added for iPad this year are basically a rehash of features that have been on our computers for years, if not decades. I see no issue with that. The original vision for the iPad was to be the ultimate portable consumption device. A lot has changed in the past 8 odd years, and people are demanding more of the iPad.

As more and more professional features and applications come to iPad, it’s suddenly becoming a lot easier to see the argument that the iPad is the future of computing.